What are some popular illustrations of the Holy Trinity?

Illustrating the Trinity is a noble goal, but it is ultimately an exercise in futility. Theologians through the centuries have racked their brains in a quest to formulate a doctrinally sound, fully satisfying illustration of the Triune Godhead. What stymies their efforts is the fact that God is transcendent, and some of His qualities are unknowable (Isaiah 55:8–9).

Trinity is the theological term applied to God to indicate His perpetual existence as three distinct Persons (Father, Son, and Holy Spirit) who nevertheless remain one indivisible God. The concept of a Triune God is more than difficult to comprehend—it’s impossible to comprehend, for the simple reason that we have nothing in our world that has a corresponding existence. Humans, the most complex creatures we know of, exist as single persons, not as unified multiples.

Despite the fact that nothing in our world can fully illustrate the Holy Trinity, teachers and theologians through the years have offered several analogies drawn from the realms of nature and mathematics in order to help explain the unexplainable. Here are a few of the illustrations:

One popular and simple illustration of the Trinity is the egg. A chicken egg consists of a shell, a yolk, and an egg white, yet it is altogether one egg. The three parts create a unified whole. The shortfall of this illustration, and others like it, is that God cannot be divided into “parts.” The Father, the Son, and the Spirit are one in essence, but the same cannot be said for the shell, yolk, and white of an egg.

Another illustration is said to have originated with St. Patrick. As Patrick was evangelizing the people of ancient Ireland, he explained the concept of the Trinity by using a very common plant in Ireland: the shamrock, a member of the clover family with three small, green leaves on a single stem. One legend has it that Patrick in his travels happened upon some Irish chieftains in a meadow. The tribal leaders were puzzled about the doctrine of the Trinity, and so Patrick bent down and plucked a shamrock. The three leaves, said Patrick, are still one plant, just as the three Persons of the Trinity are one God. Another legend is similar, except that it has Patrick teaching in the province of Connaught, where he spoke to the daughters of King Laoghaire, Ethne and Fedelm. The shamrock analogy is perhaps better than the egg and apple analogies, although it shares the weakness of possibly dividing God into “parts.”

Another common illustration of the Trinity involves the different states of matter (solid, liquid, and gas). The illustration typically uses water as the example: water exists as a solid (ice), a liquid, and a gas (water vapor). No matter what physical state water is in, it is still water. Its chemical composition remains the same—it is H20, no matter if it’s floating unseen in the atmosphere to create humidity, or floating in chunks in your tea to help relieve the humidity. The problem with this illustration is that liquid water, when it freezes, “switches” from liquid to solid, and, when it boils, it “switches” to vapor. However, God does not “switch” states or modes. Liquid water can become solid or gas, but God the Father never becomes the Son or the Spirit. The idea that God manifests Himself differently at different times and in various contexts (like water manifests itself variously as solid, liquid, or gas) is called modalism, and it is a heresy to be avoided.

Some people have found useful illustrations of the Trinity in geometrical designs. The triangle, for example, has three independent sides connected to form one shape. Another design is the triquetra, which features three congruent, interwoven arcs, forming a triangle of sorts in the center: 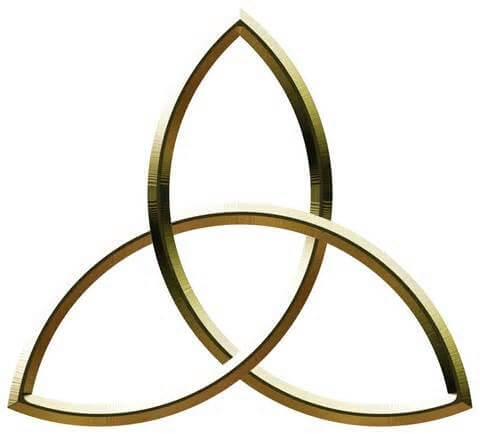 Expanding on the triangle/triquetra design is this illustration of the Trinity: 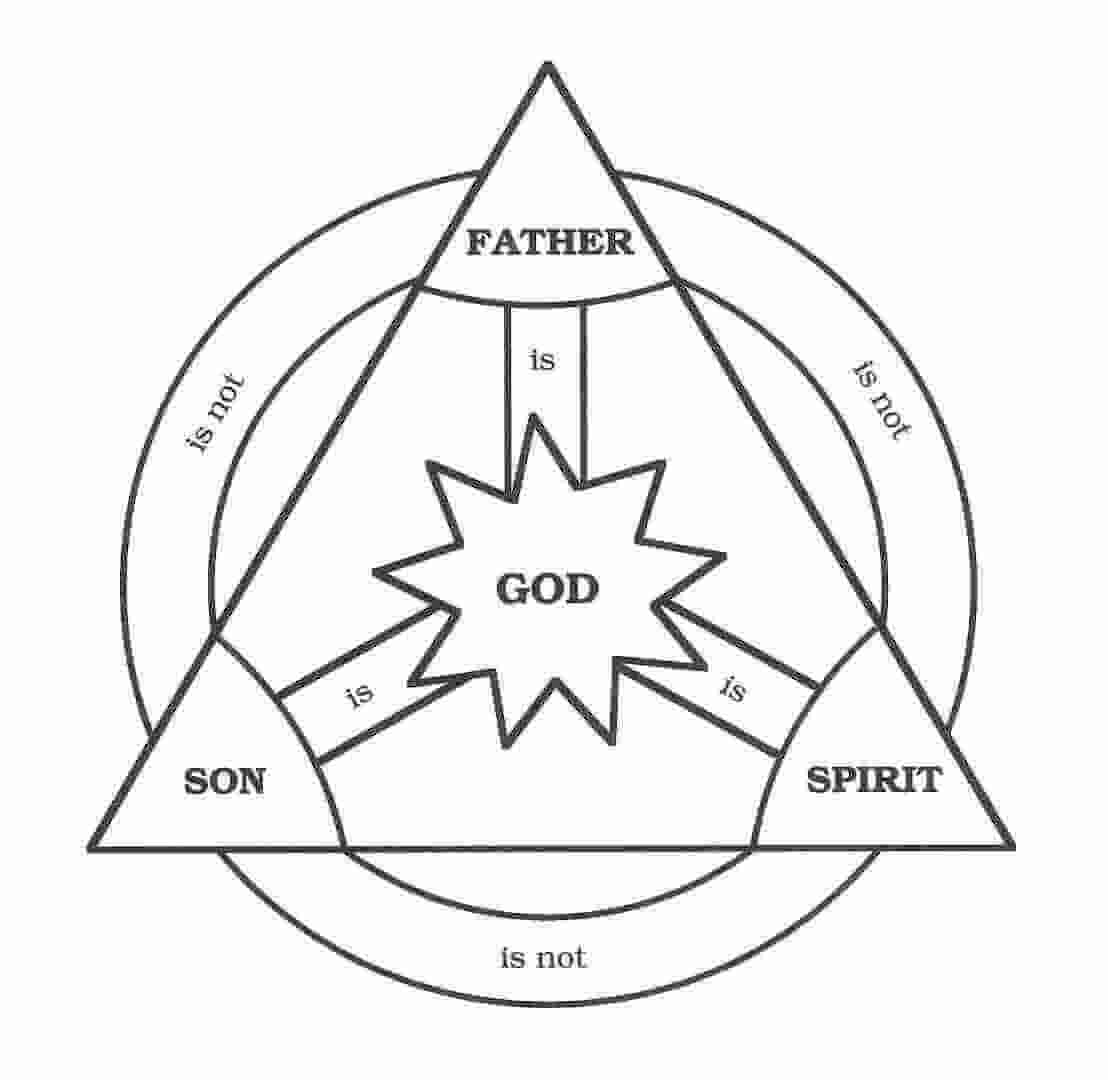 In his short book Flatland: A Romance of Many Dimensions, published in 1884, Edwin Abbott writes of a Square living in Flatland, a land of only two dimensions. In a life-changing encounter, the Square receives a visit from the Sphere, who lives in Spaceland, a realm of three dimensions. Even though the Square cannot imagine more than two dimensions (he has nothing in his world to relate), he accepts the word of the Sphere and the existence of a third dimension. However, when he attempts to relay his newfound knowledge to the other inhabitants of Flatland, the Square is treated as a lunatic and locked in jail. In a way, the Square’s plight in Flatland is similar to ours. We cannot understand the concept of a Triune Being any more than the Square could fathom the Sphere. But we accept the Word of God, and by faith we understand that God exists in a realm and in a manner beyond our experience. The egg, the apple, the shamrock, the states of matter, and various geometric shapes are as close as we can come to illustrating the Trinity. We cannot completely understand God’s existence. An infinite God cannot be fully delineated in a finite illustration.

What is the Trinity?

How is the Trinity not tritheism?

What is the ontological Trinity?

What is partialism in relation to the Trinity?

What are some popular illustrations of the Holy Trinity?